Share a memory
Obituary & Services
Tribute Wall
Read more about the life story of Matthew "Tom" and share your memory.

Tom Maxwell, 87, passed away on Wednesday, August 31 at Boone Hospital surrounded by his loving family.  He was born on June 7, 1935 in Greenville, TN to Matthew Thomas II and Evelyn (Bailes) Maxwell.  Tom lived in various places growing up as his dad was a Civil Engineer for the Air Force and helped build Clark Air Force Base in the Philippines after WW II.  After returning from the Philippines his family moved to Nebraska which lead Tom to his life adventure beginning in Boonville, MO at Kemper Military School at the age of 15.  He exceled as a cadet and was the Battalion Commander for two years.  This is where he met the love of his life and later married Betty Ann Dowling on December 28, 1956.  From there they made their home wherever the Navy sent them.

Tom joined the Navy in 1955 to train as a pilot.  After flight school in 1957, Tom and Betty were stationed in Hawaii for his first duty station.  In 1959 their first son, Matthew T. Maxwell IV, was born in Hawaii and the following year Debra Ann was born in Orange County, CA.  His next assignment sent him to Colorado Springs, CO where worked at NORAD during the Cuban Missile Crisis.  He was selected to go to the Naval Post Graduate School in Monterey, CA.  From there he was selected to fly jets and went to Oak Harbor, WA where he flew the A-3 Skywarrior.  He made numerous deployments to Vietnam serving on the USS Oriskany (CV-34) aircraft carrier in the Gulf of Tonkin.  The Navy then moved him to Rota, Spain with first class service on the SS United States.  There he flew intelligence missions throughout the Mediterranean theatre.  His next duty station was in Monterey, CA where he again attended the Naval Post Graduate School.  There he was selected for command of the VAQ-135 squadron and transferred to Alameda, CA.  While stationed here, their second son Michael Louis was born in Oakland, CA during the end of the Vietnam War.   His squadron transitioned to the EA-6B Prowler and they moved back to Oak Harbor, WA.  After a successful command he was assigned to the USS Ranger (CV-61) aircraft carrier finishing up as the Operations Officer.  His final assignment took them to Bonn, Germany as the Naval Attaché.  In 1982, Captain Tom Maxwell retired from the Navy after 27 years of active duty service.

Tom then went to work for a defense contractor, Eaton Corporation, AIL Division, living outside of Washington D.C.  When the opportunity came to start a business in Boonville, MO in 1992, Betty and Tom moved back home.  Tom was a partner for Gehm Environmental providing environmental services.  He fully retired in 2003.

Tom had a passion for Jesus which began in 1977 when he accepted Christ at the age of 42 while in Washington State.  His journey then became Christ focused.  From that time on he was discipled in the faith always being part of a Bible study.  While in Germany, he supported the Navigators and CRU ministries in addition to helping smuggle Bibles behind the Iron Curtain.  When he returned to the states, he became involved in Prison Fellowship where he led Bible studies in prison.  In Missouri he was a lead volunteer for Prison Fellowship for almost 30 years receiving an outstanding service award from the governor and from Prison Fellowship.  Tom’s love for Christ lead him to start the Community Service Project in Boonville, which impacted the lives of many prisoners.  His passion could be felt as he helped with Project Angel Tree touching the lives of thousands of children with incarcerated parents and with the Kids Hope USA mentoring program.  There is no telling how many lives Tom impacted because he always saw the best in each person and his love for Jesus.

Contributions in honor of Tom may be made to:  Prison Fellowship and Nelson Memorial United Methodist Church.

To send flowers to the family or plant a tree in memory of Matthew "Tom" Thomas Maxwell, III, please visit our floral store.

Interment at a later date 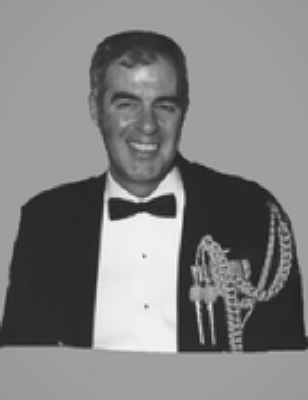