Share a memory
Obituary & Services
Tribute Wall
Read more about the life story of Nettie "Fran" and share your memory.

Nettie Frances Stenger was born May 29, 1933, the daughter of Michael and Dulice (Davis) Morath. She attended Holy Angels Academy in Jonesboro, AR. She married Ferdinand Stenger August 18, 1951, at St. Teresa’s Catholic Church in Glennonville, MO. Fran was an active member of Saints Peter and Paul Catholic Church before moving to Jefferson City where she was a member of Immaculate Conception Catholic Church. While at Saints Peter and Paul, Fran was a volunteer housekeeper and cook for the parish rectory, a member of the Daughters of Isabella and chairperson for funeral dinners. She served as a eucharistic minister for the homebound and sick. Fran had a strong devotion to the Blessed Mother and the rosary. There was always a statue of the Blessed Mother inside and outside her home and she recited the rosary daily up until the time she was not able to. She proudly worked as a nurse’s aide at St. Joseph Hospital in Boonville. Fran had a beautiful voice, loved to sing and passed this love to her children. She enjoyed music and played the lap harp exceptionally well. Fran enjoyed anything outdoors to appreciate God’s creation. She went camping, fishing and rescued birds. Anytime you took her fishing you would always hear her say “just one more” or “would you look at that”. Her garden always looked pristine. She could make anything grow or bring it back to life. Fran was crafty. She sewed clothes for her kids and their dolls. She was a tremendous painter, creating numerous paintings that her family will cherish forever. She shared her life stories and spirituality through reflective writing. Fran could do anything. She even baked and decorated wedding cakes for her family and friends.

Family was most important to Fran. She playfully teased her grandchildren, loved playing games with them and always brightened the room with her smile and contagious laugh. Fran had a great sense of humor and was a bit mischievous. She was a fabulous cook and her children called her a “master chef”. Fran could throw together a gourmet meal at the drop of a hat with enough food to feed an army.

To send flowers to the family or plant a tree in memory of Nettie "Fran" Frances (Morath) Stenger, please visit our floral store.

Video is available for this event 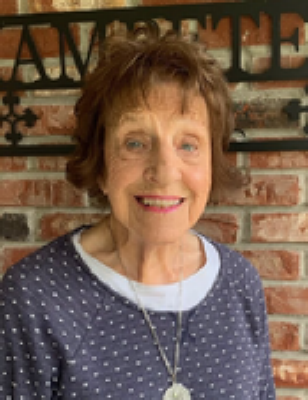